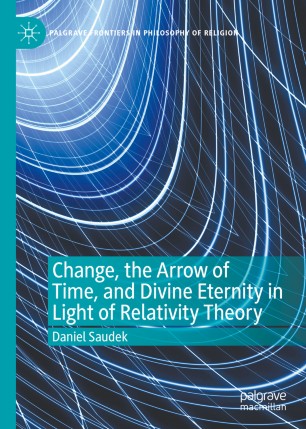 Change, the Arrow of Time, and Divine Eternity in Light of Relativity Theory

This book has two aims; first, to provide a new account of time's arrow in light of relativity theory; second, to explain how God, being eternal, relates to our world, marked as it is by change and time.

In part one, Saudek argues that time is not the expansive universal 'wave' that is appears to be, but nor are we living in an unchanging block. Rather, time is real but local: there are infinitely many arrows of time in the universe, each with their own fixed past and open future. This model is based on the ontology of substances which can exist in different states, marked by different properties. On this basis, a derivation of temporal precedence and of the asymmetry between the fixed past and the open future is provided. Time's arrow is thus 'attached' to substances, and is therefore a local rather than global phenomenon, though by no means an illusory or merely subjective one.

In part two, this model is then applied to the perennial questions concerning the relationship between divine eternity and the temporal world: How can my future choices be free if God already knows what I will do? Can God act if He is not in time? Through the lens of relativity theory, such questions are shown to appear in a completely new light. The book combines insights from theoretical physics with ancient and contemporary philosophy into a unique synthesis, broaching a wealth of key issues including the arrow of time, the evolution of the cosmos, and a physics-based defence of eternalism in philosophical theology.