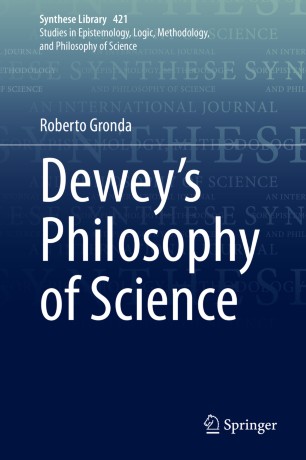 This monograph presents a unitary account of Dewey’s philosophy of science and demonstrates the relevance for contemporary debates. The book is written from a theoretical angle and explains Dewey's via on Experience, Language, Inquiry, Construction and Realism. Via taking this route the book addresses key philosophical problems - such as the nature of language, the idea of experience, the notion of logical constructivism, the criticism of representationalism and the nature of scientific practices.
John Dewey (1859-1952) is one of the most representative philosophers of the United States. He is well known for his work in education, psychology and social reform and one of the primary figures associated with the philosophy of pragmatism. His Philosophy of Science underwent a period of almost total unpopularity and neglect. In recent times, however, as a consequence of the strong pragmatist renaissance we are now witnessing, Dewey’s philosophy of science has attracted new attention. This book presents for the first time a comprehensive overview of Dewey's philosophy of science and will be of interest to scholars working in nineteenth and twentieth century philosophy of science and on the relationship between Pragmatism and Logical Empiricism.

Roberto Gronda is Assistant Professor in Philosophy of Science at the University of Pisa. He is currently working on pragmatist philosophy of science, with particular attention to the notion of scientific practice, and on philosophy of expertise.