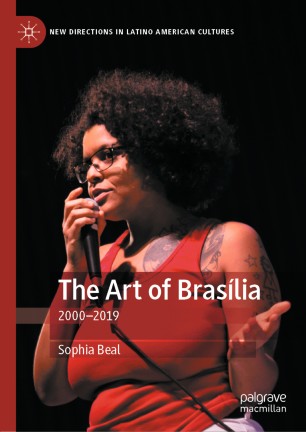 The Art of Brasília

“Sophia Beal leads readers through the complex debates on Brasília, which enrich and inform her sensitive and wonderfully inspired readings of art. The city we find here—though certainly not a modernist utopia—is, like the book itself, anything but unsurprising—a reminder that in the history of urban planning, the unintended happens often. Impressively-researched, fresh, and captivating, this book is a brilliant achievement and will appeal to experts and first-time travelers alike.”

“This book is an exemplary piece of research, and singular in that Brasília’s cultural production has not previously been systematically examined. Beal’s study is notable for paying close attention to the importance of popular culture in providing trenchant sociocultural assessments. Her secure grasp of the scope of her material and the quality of her analyses confirm her emerging stature as a major voice in contemporary Brazilian cultural studies.”

People from outside of Brasília often dismiss Brazil’s capital as a cultural wasteland. However, as The Art of Brasília argues, that reputation is outdated. Brasília’s contemporary artists are transforming how people think about the city and how they use its public spaces. These twenty-first-century artists are recasting Brasília as a vibrant city of the arts in which cultural production affirms the creative right to the city of marginalized populations. Brasília’s initial 1960s art was state-sanctioned, carried out mainly by privileged, white men. In contrast, the capital’s contemporary art is marked by its diversity, challenging norms about the types of art that can symbolize the city. This book analyzes prose, poetry, film, cultural journalism, music, photography, graffiti, street theater, and street dance that demystify the capital’s inequities and imagine alternative ways of inhabiting the city.

Sophia Beal is Associate Professor in the Department of Spanish and Portuguese Studies at the University of Minnesota. She is the author of Brazil under Construction: Fiction and Public Works.

Sophia Beal is an Associate Professor of Portuguese in the Department of Spanish and Portuguese Studies at the University of Minnesota, USA. Beal is the author of Brazil under Construction: Fiction and Public Works (Palgrave Macmillan 2013) and co-editor (along with Bruce Robbins and Michael Rubenstein) of Infrastructuralism, a special issue of Modern Fiction Studies, published in 2015. The Portuguese translation of Brazil under Construction was published in 2017.
Since May 2015, she has been an International Collaborator of the Contemporary Brazilian Literature Research Group, a Brazilian federally-funded initiative. She earned her PhD in Portuguese and Brazilian Studies from Brown University and was a Mellon Postdoctoral Fellow in the Humanities at Tulane University in the Department of Spanish and Portuguese.