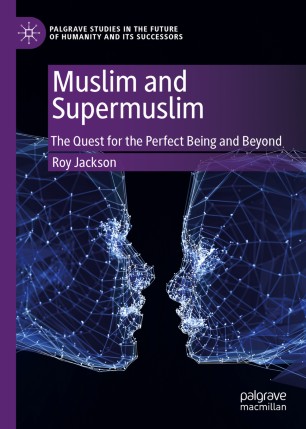 The Quest for the Perfect Being and Beyond

This book looks to the rich and varied Islamic tradition for insights into what it means to be human and, by implication, what this can tell us about the future human. The transhumanist movement, in its more radical expression, sees Homo sapiens as the cousin, perhaps the poorer cousin, of a new Humanity 2.0: ‘Man’ is replaced by ‘Superman’. The contribution that Islam can make to this movement concerns the central question of what this ‘Superman’ – or ‘Supermuslim’ – would actually entail. To look at what Islam can contribute we need not restrict ourselves to the Qur’an and the legal tradition, but also reach out to its philosophical and literary corpus. Roy Jackson focuses on such contributions from Muslim philosophy, science, and literature to see how Islam can confront and respond to the challenges raised by the growing movement of transhumanism.

Roy Jackson is a Reader in Philosophy of Religion at the University of Gloucestershire. He is the author of numerous books on topics such as Islamic Philosophy, Nietzsche and Islam, political Islam, philosophy of religion, and the interaction between Islamic and western philosophy.

"Roy Jackson draws upon an astonishing number of sources, and advances plenty of novel ideas acutely arguing that Islam has all the potential to be an inspirational and original interlocutor in the debate over the way in which humanity is likely to transcend its limits in the near future, and the philosophical challenges that such transformation will bring about. This impressive book, that touches upon crucial and topical issues at the interface of philosophy, religion, science and technology, will appeal to all those who are interested in Transhumanism and in how it can set up a fruitful dialogue with religious traditions, and also to all those who wish to go beyond a traditional understanding of Islam as essentially literalist and exclusively centered on the Qur'an.”
–Stefano Bigliardi, Assistant Professor of Philosophy at Al Akhawayn University in Ifrane, Morocco.
Buy options