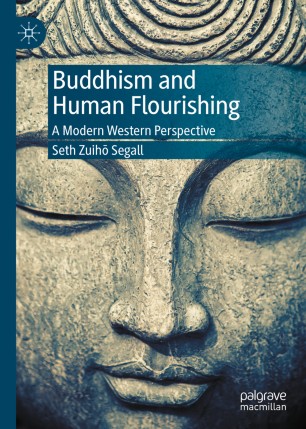 “Buddhism and Human Flourishing is one of the few books from a modern Buddhist perspective that grapples with the realities of historical and cultural context and with what it means to take up ideas and practices from a very different time and place with nuance and complexity. A rare fusion of erudition and accessibility, it will be of interest to scholars and practitioners alike.”
–David L. McMahan, Charles A. Dana Professor of Religious Studies, Franklin & Marshall College, USA

“Contemporary Western Buddhism has become a process, not of the extinction of the self and desire, but of their transformation in the service of human flourishing. Segall has formulated a new ‘eudaemonic Buddhism’ that is relevant to our times, while preserving the essential teachings of traditional Buddhism.”
–Barry Magid, Psychoanalyst and Founding Teacher, Ordinary Mind Zendo, USA

“While the influence of Buddhism has made its way from the east to the west, most people have a very superficial understanding of the rich Buddhist tradition. Seth Zuiho Segall offers a much needed remedy for this problem. As both a clinical psychologist and a Zen Buddhist priest, he provides a thoughtful and unique perspective written in a scholarly yet approachable style.”
–Thomas G. Plante, Augustin Cardinal Bea, S.J. University Professor of Psychology, Santa Clara University and Adjunct Clinical Professor of Psychiatry, Stanford University, USA

The Buddha and Aristotle offer competing visions of the best possible life to which human beings can aspire. In this volume, Seth Zuihō Segall compares Theravāda and Mahāyāna accounts of enlightenment with Aristotelian and neo-Aristotelian accounts of eudaimonia, and proposes a syncretic model of eudaimonic enlightenment that, given prevalent Western beliefs about well-being and human flourishing, provides a credible new end-goal for modern Western Buddhist practice. He then demonstrates how this proposed synthesis is already deeply reflected in contemporary Western Buddhist rhetoric. Segall re-evaluates traditional Buddhist teachings on desire, attachment, aversion, nirvāṇa, and selfhood from the eudaimonic enlightenment perspective, and explores the perspective’s ethical and metaphysical implications.