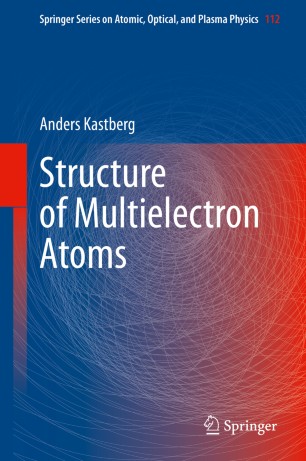 This book is about the structure of multielectron atoms and predominantly adopts a perturbative approach to the total Hamiltonian. A key concept is the central-field approximation and, beyond the standard LS-coupling and jj-coupling schemes, intermediate cases are also treated. After that, the book covers hyperfine structure and other nuclear effects, as well as interactions with static external fields. Throughout the book, an analytical approach is adopted.

Working knowledge of basic quantum mechanics (including the non-relativistic hydrogen atom, basic angular momentum and perturbation theory) is assumed, and it begins with a brief recap of the hydrogen orbitals, before turning towards the symmetry aspects of multi-electron atoms, spin-orbit interaction and couplings of angular momenta.

Anders Kastberg is professor of physics in Nice, France. He was previously a professor in Umeå, Sweden, and adjunct professor at the Raman Research Institute, Bangalore, India. He is a former president of the Swedish Physical Society. He graduated from Uppsala University, Sweden.