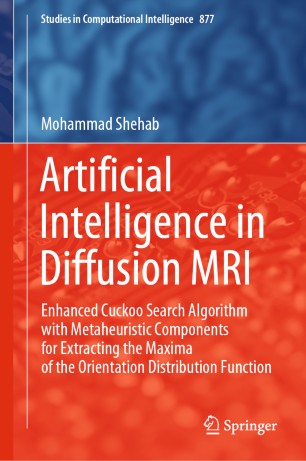 This book focuses on the use of artificial intelligence to address a specific problem in the brain – the orientation distribution function. It discusses three aspects: (i) Preparing, enhancing and evaluating one of the cuckoo search algorithms (CSA); (ii) Describing the problem: Diffusion-weighted magnetic resonance imaging (DW-MRI) is used for non-invasive investigations of anatomical connectivity in the human brain, while Q-ball imaging (QBI) is a diffusion MRI reconstruction technique based on the orientation distribution function (ODF), which detects the dominant fiber orientations; however, ODF lacks local estimation accuracy along the path. (iii) Evaluating the performance of the CSA versions in solving the ODF problem using synthetic and real-world data. This book appeals to both postgraduates and researchers who are interested in the fields of medicine and computer science.