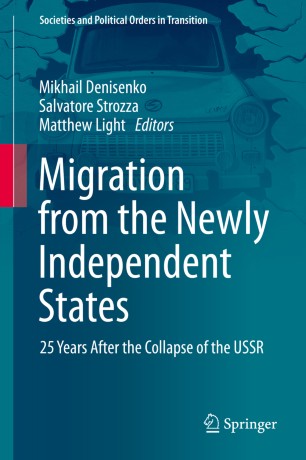 Migration from the Newly Independent States

25 Years After the Collapse of the USSR

This book discusses international migration in the newly independent states after the collapse of the Soviet Union, which involved millions of people. Written by authors from 15 countries, it summarizes the population movement over the post-Soviet territories, both within the newly independent states and in other countries over the past 25 years. It focuses on the volume of migration flows, the number and socio-demographic characteristics of migrants, migration factors and the situation of migrants in receiving countries. The authors, who include demographers, economists, geographers, anthropologists, sociologists and political scientists, used various methods and sources of information, such as censuses, administrative statistics, the results of mass sample surveys and in-depth interviews. This heterogeneity highlights the multifaceted nature of the topic of migration movements.