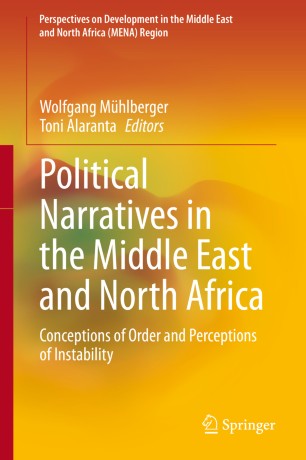 Political Narratives in the Middle East and North Africa

This book discusses the role of political narratives in shaping perceptions of instability and conceptions of order in the Middle East and North Africa (MENA). The authors illustrate how, in times of socio-political turmoil and outbursts of discontent such as the Arab Spring, political entrepreneurs explain and justify their political agendas by complementing hard power solutions with attractive ideas and discursive constructions that appeal to domestic constituencies and geopolitical allies.

The book is divided into two parts. The first focuses on non-state actors, such as confessional communities and ideological movements, who aim to develop narratives that are convincing to their respective polities. It also studies regional powers that seek to determine their positions in a competitive environment via distinctive narrations of order. In part two, the authors investigate the narratives of global players that aim to explain and justify their role in an evolving international order.