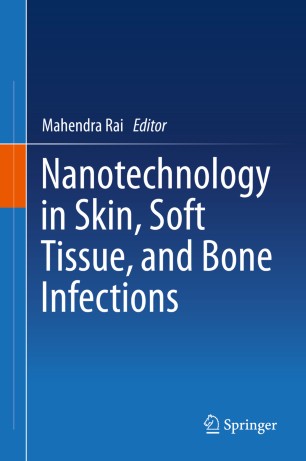 The main goal of the present book is to deal with the role of nanobiotechnology in skin, soft tissue and bone infections since it is difficult to treat the infections due to the development of resistance in them against existing antibiotics. The present interdisciplinary book is very useful for a diverse group of readers including nanotechnologists, medical microbiologists, dermatologists, osteologists, biotechnologists, bioengineers.  Nanotechnology in Skin, Soft-Tissue, and Bone Infections is divided into four sections: Section I- includes role of nanotechnology in skin infections such as atopic dermatitis, and nanomaterials for combating infections caused by bacteria and fungi. Section II- incorporates how nanotechnology can be used for soft-tissue infections such as diabetic foot ulcer and other wound infections; Section III- discusses about the nanomaterials in artificial scaffolds bone engineering and bone infections caused by bacteria and fungi; and also about the toxicity issues generated by the nanomaterials in general and nanoparticles in particular.
The readers will be immensely enriched by the knowledge of new and emerging nanobiotechnologies in a variety of platforms.