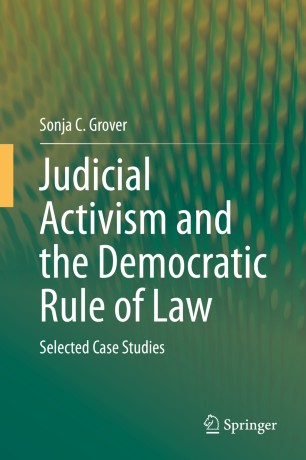 Judicial Activism and the Democratic Rule of Law

In this book the author argues that judicial activism in respect of the protection of human rights and dignity and the right to due process is an essential element of the democratic rule of law in a constitutional democracy as opposed to being ‘judicial overreach’. Selected recent case law is explored from the US and Canadian Supreme Courts as well as the European Court of Human Rights illustrating that these Courts have, at times, engaged in judicial activism in the service of providing equal protection of the law and due process to the powerless but have, on other occasions, employed legalistic but insupportable strategies to sidestep that obligation.
The book will be of interest to those with a deep concern regarding the factors that influence judicial decision-making and the judiciary's role through judgments in promoting and preserving the underpinnings of democracy. This includes legal researchers, the judiciary, practicing counsel and legal academics and law students as well as those in the area of democracy studies, in addition to scholars in the fields of sociology and philosophy of law.