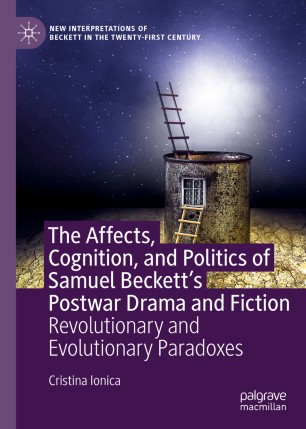 The Affects, Cognition, and Politics of Samuel Beckett's Postwar Drama and Fiction

The Affects, Cognition, and Politics of Samuel Beckett’s Postwar Drama and Fiction: Revolutionary and Evolutionary Paradoxes theorizes the revolutionary and evolutionary import of Beckett’s works in a global context defined by increasingly ubiquitous and insidious mechanisms of capture, exploitation, and repression, alongside unprecedented demands for high-volume information-processing and connectivity. Part I shows that, in generating consistent flows of solidarity-based angry laughter, Beckett’s works sabotage coercive couplings of the subject to social machines by translating subordination and repression into processes rather than data of experience. Through an examination of Beckett’s attack on gender/ class-related normative injunctions, the book shows that Beckett’s works can generate solidarity and action-oriented affects in readers/ spectators regardless of their training in textual analysis. Part II proposes that Beckett’s works can weaken the cognitive dominance of constrictive “frames” in readers/ audiences, so that toxic ideological formations such as the association of safety and comfort with simplicity and “sameness” are rejected and more complex cognitive operations are welcomed instead—a process that bolsters the mind’s ability to operate at ease with increasingly complex, malleable, extensible, and inclusive frames, as well as with increasing volumes of information.