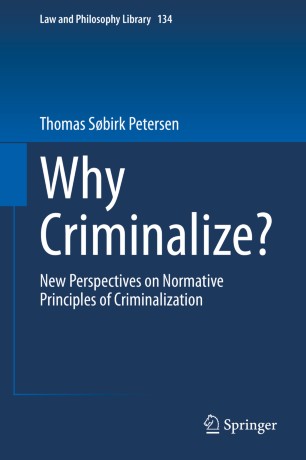 The book shows that one of the reasons why we should reject or revise standard principles of criminalization is that even the most plausible versions of the harm principle and legal paternalism that have been offered so far are rendered redundant by general moral theories. Furthermore, it demonstrates that the other three principles (or versions thereof), the offense principle, legal moralism and the dignity principle of criminalization, can either be covered by the harm principle, thus making these principles also redundant, or be seen to have what look like other unacceptable implications (e.g. that versions of legal moralism are based on speculative and incorrect empirical assumptions or violate what is called the criminological levelling-down challenge). As such, there is reason to move beyond traditional principles of criminalization, and instead to investigate alternative principles the state should be guided by when attempting to justify which kinds of conduct should be criminalized. Moreover, this book presents and defends such a principle – the utilitarian principle of criminalization.