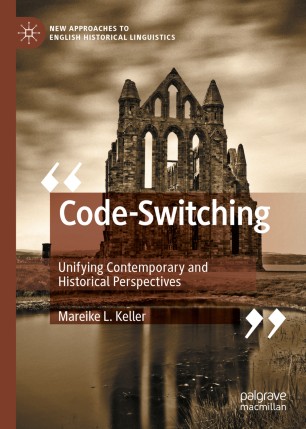 "This book offers a path-breaking and meticulously detailed analysis of historical code-switching in written-origin and spoken-origin formats. Particularly effective is the recourse to original manuscripts to resolve issues of textual interpretation. Researchers in the historical linguistics field will appreciate its authoritative presentation of code-switching frameworks and how they shed light on multilingualism in earlier times." -- Richard Ingham, University of Westminster, UK

"This well-written book is essential reading for anyone interested in historical and modern code-switching, but also for historical linguists and medievalists in general, combining linguistic theory and philological analysis. The author convincingly argues that the Matrix Language Frame model, developed for modern code-switching, is fully applicable to the analysis of earlier multilingual data and that the general principles of code-switching have remained stable over the centuries." -- Herbert Schendl, University of Vienna, Austria

This book systematically discusses the link between bilingual language production and its manifestation in historical documents, drawing together two branches of linguistics which have much in common but are traditionally dealt with separately. By combining the study of historical mixed texts with the principles of modern code-switching and bilingualism research, the author argues that the cognitive processes underpinning the human capacity to produce mixed utterances have remained unchanged throughout history, even as the languages themselves are constantly changing. This book will be of interest to scholars of historical linguistics, syntactic theory (particularly generative grammar), language variation and change.