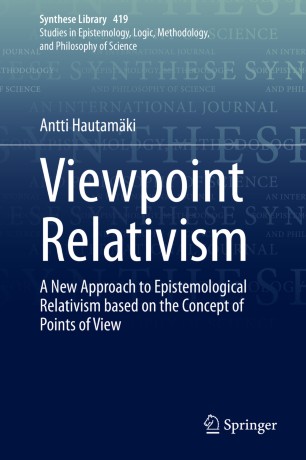 This book offers new insights into truth, knowledge, and reality. It details a unique approach to epistemological relativism based on the concept of points of view. In a point of view, an aspect represents an object for a subject. By applying this concept of points of view, the author develops a consistent and adequate form of relativism, called viewpoint relativism, according to which epistemic questions like “Is X true (or justified or existing)” are viewpoint-dependent.

The monograph examines central issues related to epistemological relativism. It analyzes major arguments pro and con from different opinions. The author presents the arguments of well-known philosophers. These include such thinkers as Paul Boghossian, John Dewey, Nelson Goodman, Martin Kusch, C.I. Lewis, John MacFarlane, Hilary Putnam, W.V.O. Quine, Richard Rorty, John Searle, and Ludwig Wittgenstein. In the process, the author deconstructs the standard account of correspondence theory of truth.Viewpoint relativism is a moderate relativism, which is not subjected to standard criticism of extreme relativism. This book argues that knowledge creation presupposes openness to different points of view and their comparison. It also explores the broader implications of viewpoint relativism into current debate about truth in society. The author defends a critical relativism, which accepts pluralism but is critical against all points of view. In the conclusion, he explores the relevance of viewpoint relativism to democracy by showing that the main threat of modern democratic society is not pluralism but absolutism and fundamentalism.

Antti Hautamäki, PhD, now a professor emeritus, was in years 2009-2013 a research professor and the director of Agora Center at the University of Jyväskylä. He has been an adjunct professor of philosophy at the University of Helsinki from the year 1987. The focuses of his research have been epistemology, philosophical logic, and philosophy of science. Hautamäki has published and edited about thirty books and published over two hundred articles about philosophy, cognitive science and innovation.