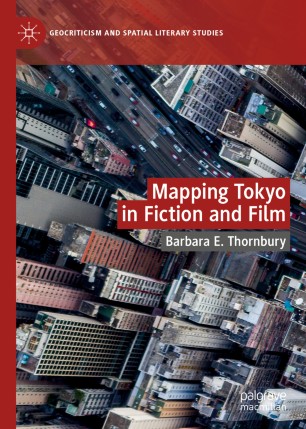 Mapping Tokyo in Fiction and Film

Mapping Tokyo in Fiction and Film explores ways that late 20th- and early 21st- century fiction and film from Japan literally and figuratively map Tokyo. The four dozen novels, stories, and films discussed here describe, define, and reflect on Tokyo urban space.  They are part of the flow of Japanese-language texts being translated (or, in the case of film, subtitled) into English.  Circulation in professionally translated and subtitled English-language versions helps ensure accessibility to the primarily anglophone readers of this study—and helps validate inclusion in lists of world literature and film.  Tokyo’s well-established culture of mapping signifies much more than a profound attachment to place or an affinity for maps as artifacts.  It is, importantly, a counter-response to feelings of insecurity and disconnection—insofar as the mapping process helps impart a sense of predictability, stability, and placeness in the real and imagined city.

Barbara E. Thornbury is Professor in the Department of Asian and Middle Eastern Languages and Studies at Temple University, USA. She co-edited and contributed to Tokyo: Memory, Imagination, and the City (2018), and is the author of America’s Japan and Japan’s Performing Arts: Cultural Mobility and Exchange in New York, 1952-2011 (2013).

“This spatial survey of Tokyo stories provides insight into how Tokyo has been constructed in the Japanese and global imagination. It is a helpful model of how to read literature and film to understand issues ranging from gender and mobility to home and community.”

“Mapping Tokyo presents an astute selection and brilliant analysis of the international explosion in literature and cinema featuring Tokyo in recent decades. By deploying the metaphor of mapping, understood as both a cartographic negotiation of the city and a tool for analysing literary and cinematic texts, Barbara Thornbury has provided a significant intervention into how we understand the representational space of Tokyo.”

“Mapping Tokyo in Fiction and Film offers a riveting portrait of a city that is not just a place, but also a concept and a function. This book left me with a new understanding of works I thought I knew well already, and of the complexity and specificity of Tokyo's being in contexts both fictional and real.”