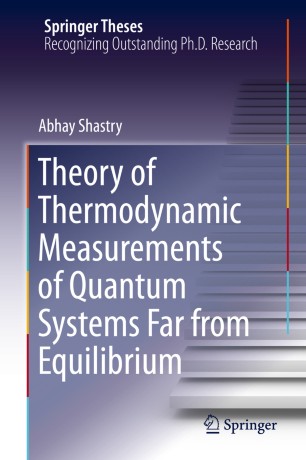 Theory of Thermodynamic Measurements of Quantum Systems Far from Equilibrium

This thesis presents several related advances in the field of nonequilibrium quantum thermodynamics. The central result is an ingenious proof that the local temperature and voltage measurement in a nonequilibrium system of fermions exists and is unique, placing the concept of local temperature on a rigorous mathematical footing for the first time. As an intermediate step, a proof of the positivity of the Onsager matrix of linear response theory is given -- a statement of the second law of thermodynamics that had lacked an independent proof for 85 years. A new experimental method to measure the local temperature of an electron system using purely electrical techniques is also proposed, which could enable improvements to the spatial resolution of thermometry by several orders of magnitude. Finally, a new mathematically-exact definition for the local entropy of a quantum system in a nonequilibrium steady state is derived. Several different measures of the local entropy are discussed, relating to the thermodynamics of processes that a local observer with varying degrees of information about the microstates of the system could carry out, and it is shown that they satisfy a hierarchy of inequalities. Proofs of the third law of thermodynamics for generic open quantum systems are presented, taking into account the entropic contribution due to localized states. Appropriately normalized (per-state) local entropies are defined and are used to quantify the departure from local equilibrium.