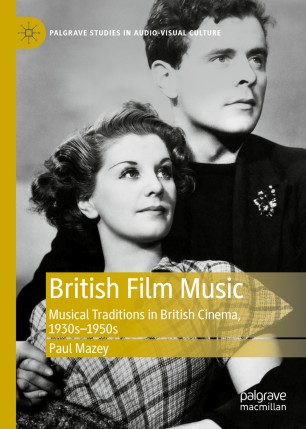 This book offers a fresh approach to British film music by tracing the influence of Britain’s musical heritage on the film scores of this era. From the celebration of landscape and community encompassed by pastoral music and folk song, and the connection of both with the English Musical Renaissance, to the mystical strains of choral sonorities and the stirring effects of the march, this study explores the significance of music in British film culture. With detailed analyses of the work of such key filmmakers as Michael Powell and Emeric Pressburger, Laurence Olivier and Carol Reed, and composers including Ralph Vaughan Williams, William Walton and Brian Easdale, this systematic and in-depth study explores the connotations these musical styles impart to the films and considers how each marks them with a particularly British inflection.

Paul Mazey is an Associate Teacher of Film and Television at the University of Bristol, UK.  He has published articles on British film music in the Journal of British Cinema & Television and Revenant journal.