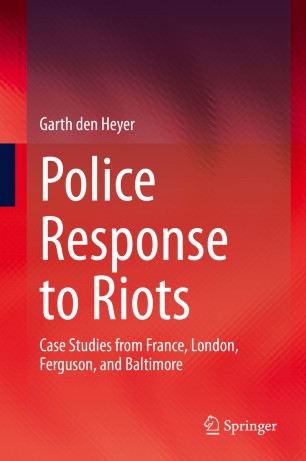 This book is a study of the response that the police take to modern urban riots.  It takes a principally police perspective on the lead-up to a riot, the police response, and the evaluation of the police response.  The book is based on the development and analysis of four extensive case study riots: France 2005, London 2011, Ferguson 2014, and Baltimore 2015.

The methodological approach to the case studies is comparative and includes an interactive framework that incorporates a number of key variables.  These variables examine how each riot began, how they developed, the response strategies and tactics used by the police, and how the riots eventually ended. The first section looks at defining riots and examines the riot literature and research to date.  The second section analyses the current police response to rioting. The third and final section includes an analysis and comparison of the case study riots, along with an examination of how the police response to riots could be improved.

With its focus on police practices, this unique volume will be useful for researchers, students, police, law enforcement, and policy makers.