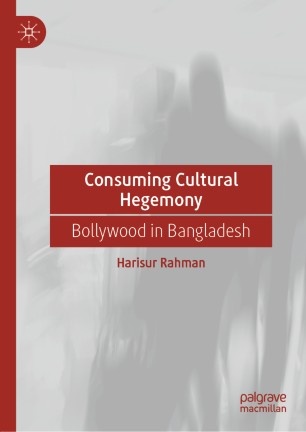 'Rahman’s book offers us some rich insights about the workings of cultural hegemony of Bollywood cinema in Bangladesh, not least relating to middle class media consumption practices. This book is a welcomed addition to the literature on film and media studies in the Bangladesh and popular Indian cinema contexts.'
— Professor Rajinder Dudrah, Birmingham City University, UK

'In the world of film scholarship, as in the world(s) of South Asian popular culture, Bollywood has enjoyed a hegemonic position. Rahman’s work opens a unique window on the social, political, academic, technological and cultural dynamics of that hegemony. He provides a long-needed voice for Bangaladeshi film culture and film industry.'
— Professor Gregory D Booth, The University of Auckland, New Zealand

'In an engaging and comprehensive manner the book provides an overview of the circulation of Bollywood films in Bangladesh and their impacts on society and culture industry. A must read for anyone interested in exploring the relationship between film consumption, cultural hegemony and social inequality.'
— Professor Kristin Skare Orgeret, Oslo Metropolitan University, Norway

This book examines the circulation and viewership of Bollywood films and filmi modernity in Bangladesh. The writer poses a number of fundamental questions: what it means to be a Bangladeshi in South Asia, what it means to be a Bangladeshi fan of Hindi film, and how popular film reflects power relations in South Asia. The writer argues that partition has resulted in India holding hegemonic power over all of South Asia’s nation-states at the political, economic, and military levels–a situation that has made possible its cultural hegemony. The book draws on relevant literature from anthropology, sociology, film, media, communication, and cultural studies to explore the concepts of hegemony, circulation, viewership, cultural taste, and South Asian cultural history and politics.