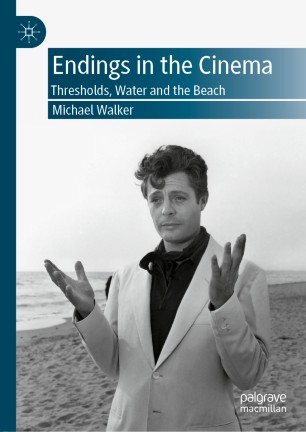 Thresholds, Water and the Beach

This book offers a new way of thinking about film endings. Whereas existing works on the subject concentrate on narrative resolution, this book explores the way film endings blend together a complex of motifs, tropes and other elements to create the sense of an ending­—that is, it looks at ‘endings as endings’. Drawing on a wide range of examples taken from films of different periods and national cinemas, the author identifies three key features which structure the work: thresholds and boundaries, water, and, above all, the beach. The beach combines water and a boundary and is the most resonant of the key sites to which film endings gravitate. Although beach endings go back to at least 1910, they have increased markedly in post-classical cinema, and can be found across all genres and in films from many different countries. As the leading example of the book’s argument, they illustrate both the aesthetic richness and the structural complexity of film endings.

Michael Walker has written for Movie, Film Dope, CinéAction, Hitchcock Annual and Movie: A Journal of Film Criticism. He has contributed to The Movie Book of Film Noir (1992), The Movie Book of the Western (1996), Alfred Hitchcock: Centenary Essays (1999), Style & Meaning (2005), and A Companion to Steven Spielberg (2017). He is the author of Hitchcock’s Motifs (2005) and Modern Ghost Melodramas (2017).

​“Moving images are especially powerful in a film’s final moments. Michael Walker has had the very good idea of studying the emotional and thematic force that places, gestures, and facial expressions gain in endings. His keen critical eye reveals how motifs of locale and behavior weave through a film and gather force as the story is about to close. Ranging from early films to contemporary blockbusters, Walker points us toward new ways of understanding the iconography of narrative cinema.” (David Bordwell, American film theorist and film historian)
Buy options