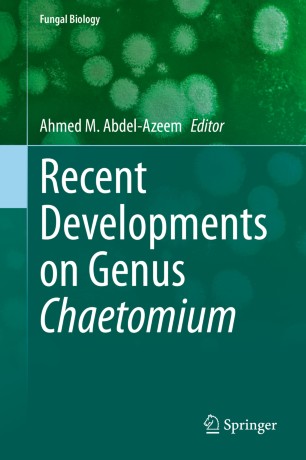 Chaetomium genus was established by Gustav Kunze in 1817. According to Index Fungorum Partnership, there are 273 Chaetomium species accepted till now. Members of the genus Chaetomium are capable of colonizing various substrates and are well-known for their ability to degrade cellulose and to produce a variety of bioactive metabolites. More than 200 compounds have been reported from this genus. A huge number of new and bioactive secondary metabolites associated with unique and diverse structural types, such as chaetoglobosins, epipolythiodioxopiperazines, azaphilones, depsidones, xanthones, anthraquinones, chromones, and steroids, have been isolated and identified. Many of the compounds have been reported to possess significant biological activities, such as antitumor, antimalarial, cytotoxic, enzyme inhibitory, antimicrobial, phytotoxic, antirheumatoid and other activities. Chaetomium taxa are frequently reported to be cellulase and ligninase producers with the ability to degrade cellulosic and woody materials.

This is the first, comprehensive volume covering Chaetomium genus in detail. It includes the latest research, methods, and applications, and was written by scholars working directly in the field. The book also contains informative illustrations and is fully referenced for further reading.