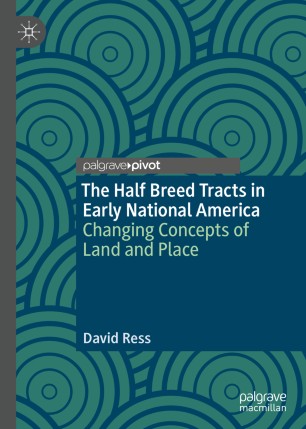 The Half Breed Tracts in Early National America

Changing Concepts of Land and Place

In 1824 and 1830, over one hundred thousand acres across Iowa, Minnesota and Nebraska were set aside as a home for descendants of Native American women and white traders and trappers. The treaties that established these so-called Half Breed Tracts left undefined exactly who held claim to the land, and by the end of the 1850s, settlers and speculators had appropriated virtually every acre for themselves. But in an era of ravenous westward expansion, why did the process of dispossession require three decades of debate and legal maneuvering? As David Ress argues, the fate of the Half Breed Tracts challenges longstanding ideas about land tenure and community in early national America.

David Ress is a journalist and honorary research associate at the University of New England, Australia. He is the author of Municipal Accountability in the American Age of Reform (Palgrave, 2018) and Governor Edward Coles and the Vote to Forbid Slavery in Illinois, 1823–1824 (2006).