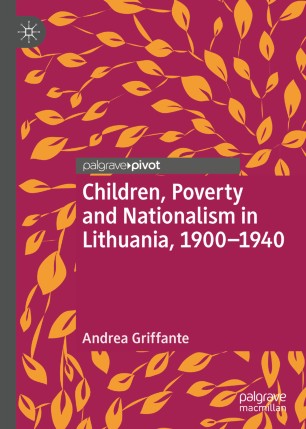 Children, Poverty and Nationalism in Lithuania, 1900–1940

This book discusses the emergence of orphaned, abandoned and poor child care in Lithuania from the early 20th century to the beginning of World War II. In particular, it focuses on how poor child care practices were influenced by the nationalist and political discourse, and how orphanages became privileged institutions for nation building. Emerging during World War I and the early postwar humanitarian crisis, the Lithuanian orphaned and destitute children’s assistance network remained managed mainly by private actors. The field remained highly competitive. Until the early 1920s, concurrence had an eminently ethno-national character and the Lithuanian network was challenged by stronger Polish poor child assistance institutions. Nation-building goals did not prevent the emergence of political concurrence within separate ethno-national assistance networks. Even if political concurrence did not stop cooperation within the ethnic community, it did confirm the multiple character of national mobilization and consolidation processes in which otherness is by no means only ethnic in content.