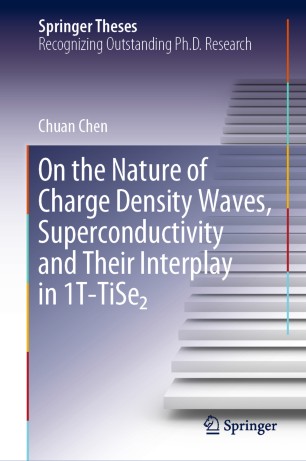 On the Nature of Charge Density Waves, Superconductivity and Their Interplay in 1T-TiSe₂

This thesis presents analytical theoretical studies on the interplay between charge density waves (CDW) and superconductivity (SC) in the actively studied transition-metal dichalcogenide 1T-TiSe2. It begins by reapproaching a years-long debate over the nature of the phase transition to the  commensurate CDW (CCDW) state and the role played by the intrinsic tendency towards excitonic condensation in this system.  A Ginzburg-Landau phenomenological theory was subsequently developed to understand the experimentally observed transition from commensurate to incommensurate CDW (ICDW) order with doping or pressure, and the emergence of a superconducting dome that coexists with ICDW. Finally, to characterize microscopically the effects of the interplay between CDW and SC, the spectrum of CDW fluctuations beyond mean-field was studied in detail. In the aggregate, the work reported here provides an encompassing understanding of what are possibly key microscopic underpinnings of the CDW and SC physics in TiSe2.