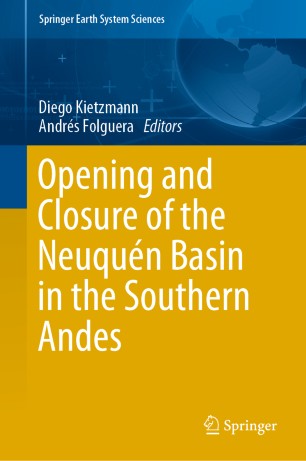 Opening and Closure of the Neuquén Basin in the Southern Andes

This book provides an overview of newly gathered material focusing on the opening and closure of The Neuquén Basin. The Neuquén Basin contains the most important hydrocarbon reservoirs in Argentina and therefore is characterized by a profound knowledge of the sedimentation mechanisms and closure times. During the last 10 years a considerable amount of new information has been produced that illustrates a complex evolution that involves more than one synrift stage during its evolution, an aborted sag phase associated with the inception of a first foreland basin in late Early Cretaceous times, two extensional destabilizations in the Late Cretaceous-Paleocene and late Oligocene times and a Neogene magmatic expansion coetaneous to a last mountain building. These processes have produced a polyphasic complex structure that exhumed the rich sedimentary record that characterizes the basin.