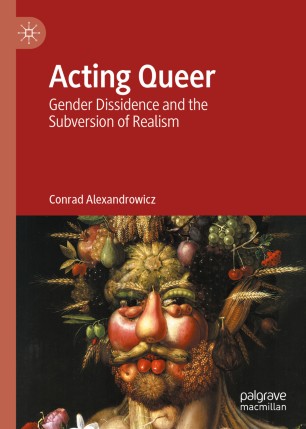 Gender Dissidence and the Subversion of Realism

This book is situated at the intersection of queer/gender studies and theories of acting pedagogy and performance. It explores the social and cultural matrix in which matters of gender are negotiated, including that of post-secondary theatre and drama education. It identifies the predicament of gender dissident actors who must contend with the widespread enforcement of realist paradigms within the academy, and proposes a re-imagining of the way drama/theatre/performance are practised in order to serve more fairly and effectively the needs of queer actors in training. This is located within a larger project of critique in reference to the art form as a whole.
The book stimulates discussion among practitioners and scholars on matters concerning various kinds of diversity: of gender expression, of approaches to the teaching of acting, and to the way the art form may be imagined and executed in the early years of the 21st Century, in particular in the face of the climate crisis. But it is also an aid to practitioners who are seeking new theoretical and practical approaches to dealing with gender diversity in acting pedagogy.