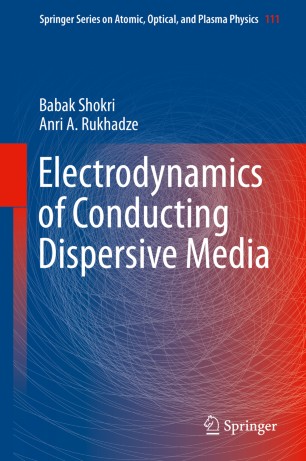 This book presents a sequential representation of the electrodynamics of conducting media with dispersion. In addition to the general electrodynamic formalism, specific media such as classical nondegenerate plasma, degenerate metal plasma, magnetoactive anisotropic plasma, atomic hydrogen gas, semiconductors, and molecular crystals are considered.
The book draws on such classics as Electrodynamics of Plasma and Plasma-Like Media (Silin and Rukhadze) and Principles of Plasma Electrodynamics (Alexandrov, Bogdankevich, and Rukhadze), yet its outlook is thoroughly modern—both in content and presentation, including both classical and quantum approaches. It explores such recent topics as surface waves on thin layers of plasma and non-dispersive media, the permittivity of a monatomic gas with spatial dispersion, and current-driven instabilities in plasma, among many others. Each chapter is equipped with a large number of problems with solutions that have academic and practical importance. This book will appeal to graduate students as well as researchers and other professionals due to its straight-forward yet thorough treatment of electrodynamics in conducting dispersive media.