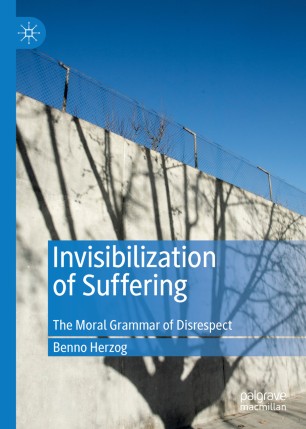 The Moral Grammar of Disrespect

“Suffering has seldom been recognized, much less theorized by social scientists. Yet it points to a crucial dimension of what drives human beings. By rereading a canon of critical theory from Adorno to Honneth, Benno Herzog presents us with an innovative and eminently readable account of the nexus of suffering, invisibility and critique.” —Johannes Angermuller, Professor of Discourse, Languages and Applied Linguistics, Open University, UK

“In this highly original book, Benno Herzog opens up the sociological imagination to two notions hitherto neglected: the relevance of suffering, and the invisibility of sociality, and he does so in ways which not only show the link between both but which also allow for the critical perspective necessary, when addressing suffering.” —Hubert Knoblauch, Professor of General Sociology and Theories of Modern Societies, Technical University of Berlin, Germany

This book offers a comprehensive theory of invisibility as a critical sociological concept, addressing the relationship between social suffering and invisibilization.

Herzog draws on social theory and a variety of empirical examples to analyze social grammar and unveil various mechanisms of social suffering. Presenting an original theory of silencing and suffering, this book outlines a substantive theory and methodology of invisibilization as an instrument of authority. This systemic analysis of visibility as both a liberating and dominating mechanism will be a major contribution to the field of critical theory, offering an original framework to help improve the situation of excluded groups and individuals.

Invisibilization of Suffering will be an invaluable resource for students and scholars across sociology, social philosophy, social work, political sciences, criminology, linguistics and education, with a focus on justice theory, marginalization, discrimination and exclusion.