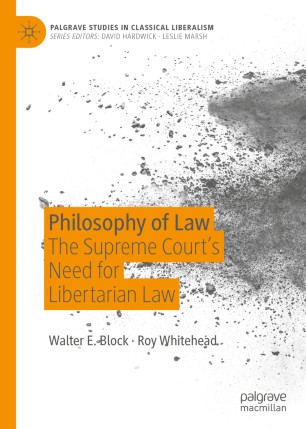 Looking at discrimination, education, environment, health and crime, this volume analyses United States Supreme Court rulings on several legal issues and proposed libertarian solutions to each problem. Setting their own liberal theory of law, each chapter discusses the law at hand, what it should be, and what it would be if their political economic philosophy were the justification of the legal practice. Covering issues such as sexual harassment, religion, markets in human organs, drug prohibition and abortion, this book is a timely contribution to classical liberal debate on law and economics.