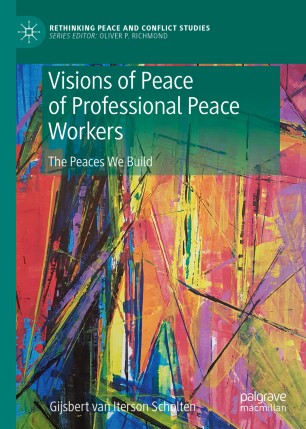 The Peaces We Build

This book explores the meaning of peace according to (some of) the people who make it. Based on some 200 interviews, it empirically studies the visions of peace that professional peaceworkers from the Netherlands, Lebanon and Mindanao (Philippines) are working on. As such, it seeks to add a strong empirical element to the debate on liberal peacebuilding. The main argument of the book is that amongst practitioners, there is no liberal peace consensus at all. Rather, peace professionals work on a distinct set of peaces, that differ along four dimensions. In five case study chapters, the operational visions of peace held by Dutch military officers, diplomats and civil society peace workers, as well as civil society peace workers from Lebanon and the Philippines are explored and compared to each other. Differences are observed along both geographical and professional lines, but also within each group.
Gijsbert van Iterson Scholten is Lecturer in political science and conflict studies at the University of Amsterdam, The Netherlands, where he was previously a researcher. Before his academic career, he worked for a number of years at leading Dutch peace NGO, Pax for Peace.