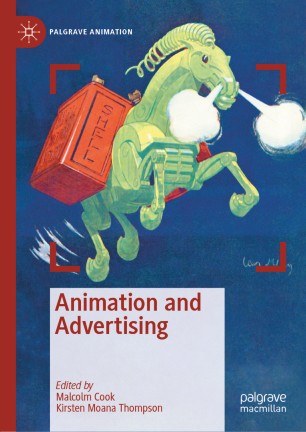 Throughout its history, animation has been fundamentally shaped by its application to promotion and marketing, with animation playing a vital role in advertising history. In individual case study chapters this book addresses, among others, the role of promotion and advertising for  anime, Disney, MTV, Lotte Reiniger, Pixar and George Pal, and highlights American, Indian, Japanese, and European examples. This collection reviews the history of famous animation studios and artists, and rediscovers overlooked ones. It situates animated advertising within the context of a diverse intermedial and multi-platform media environment, influenced by print, radio and digital practices, and expanding beyond cinema and television screens into the workplace, theme park, trade expo and urban environment. It reveals the part that animation has played in shaping our consumption of particular brands and commodities, and assesses the ways in which animated advertising has both changed and been changed by the technologies and media that supported it, including digital production and distribution in the present day. Challenging the traditional privileging of art or entertainment over commercial animation, Animation and Advertising establishes a new and rich field of research, and raises many new questions concerning particular animation and media histories, and our methods for researching them.