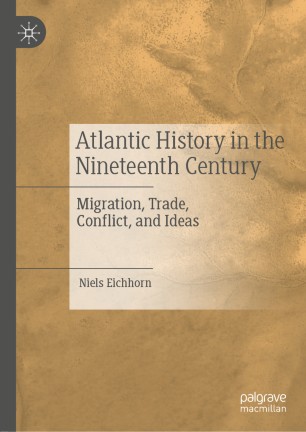 Atlantic History in the Nineteenth Century

This book argues that a vibrant, ever-changing Atlantic community persisted into the nineteenth century. As in the early modern Atlantic world, nineteenth-century interactions between the Americas, Africa, and Europe centered on exchange: exchange of people, commodities, and ideas. From 1789 to 1914, new means of transportation and communication allowed revolutionaries, migrants, merchants, settlers, and tourists to crisscross the ocean, share their experiences, and spread knowledge. Extending the conventional chronology of Atlantic world history up to the start of the First World War, Niels Eichhorn uncovers the complex dynamics of transition and transformation that marked the nineteenth-century Atlantic world.