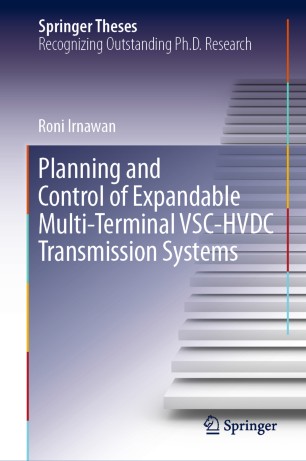 This book discusses novel methods for planning and coordinating converters when an existing point-to-point (PtP) HVDC link is expanded into a multi-terminal HVDC (MTDC) system. It demonstrates that expanding an existing PtP HVDC link is the best way to build an MTDC system, and is especially a better option than the build-from-scratch approach in cases where several voltage-sourced converter (VSC) HVDC links are already in operation.

The book reports in detail on the approaches used to estimate the new steady-state operation limits of the expanded system and examines the factors influencing them, revealing new operation limits in the process. Further, the book explains how to coordinate the converters to stay within the limits after there has been a disturbance in the system. In closing, it describes the current DC grid control concept, including how to implement it in an MTDC system, and introduces a new DC grid control layer, the primary control interface (IFC).