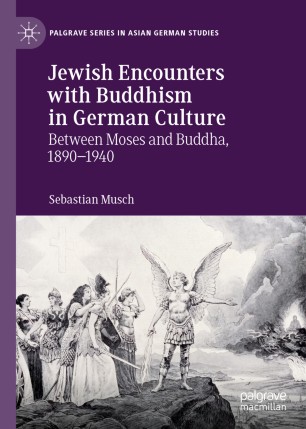 In Germany at the turn of the century, Buddhism transformed from an obscure topic, of interest to only a few misfit scholars, into a cultural phenomenon. Many of the foremost authors of the period were profoundly influenced by this rapid rise of Buddhism—among them, some of the best-known names in the German-Jewish canon. Sebastian Musch excavates this neglected dimension of German-Jewish identity, drawing on philosophical treatises, novels, essays, diaries, and letters to trace the history of Jewish-Buddhist encounters up to the start of the Second World War. Franz Rosenzweig, Martin Buber, Leo Baeck, Theodor Lessing, Jakob Wassermann, Walter Hasenclever, and Lion Feuchtwanger are featured alongside other, lesser known figures like Paul Cohen-Portheim and Walter Tausk. As Musch shows, when these thinkers wrote about Buddhism, they were also negotiating their own Jewishness.