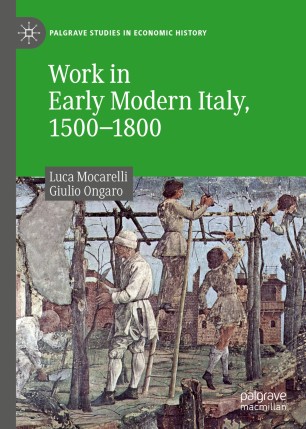 Recent decades have seen many economic history books and articles published about working men and women, small and big entrepreneurs, guilds and state manufactures, farmers and journeymen, and children and citizens. Studies have been conducted both at a macro and a micro level, at a global and at a local scale and with regional and national approaches aimed at analysing cultural, social and economic phenomena associated with the world of work. Yet, there is still new ground to be covered. This book aims to fill a gap in early modern history by presenting new insights in the study of global labour history. It considers the whole Italian peninsula as one geographical unit of analysis, encompassing all of the features that characterize labour cultures during the early modern period. It details the evolution of forms of labour in both agriculture and manufacture and the role of labour as an economic, social and cultural factor in the evolution of the Italian area.