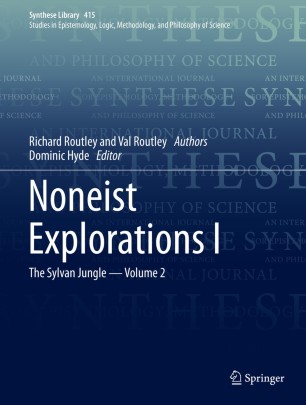 This second volume continues Richard Routley’s explorations of an improved Meinongian account of non-referring and intensional discourse (including joint work with Val Routley, later Val Plumwood). It focuses on the essays 2 through 7 of the original monograph, Exploring Meinong’s Jungle and Beyond, following on from the material of the first volume and explores its implications of the Noneist position. It begins with a further development of noneism in the direction of an ontologically neutral chronological logic and associated metaphysical issues concerning existence and change.

What follows includes: a detailed response to Quine’s On What There Is; a defense against further objections to noneism; a detailed account of Meinong’s own position; arguments in favour of noneism from common-sense; and a noneist analysis of fictional discourse.

We present these essays separately and provide additional scholarly commentaries from a range of philosophers including Fred Kroon, Maria Elisabeth Reicher-Marek and a previously unpublished commentary on noneism by J.J.C. Smart.