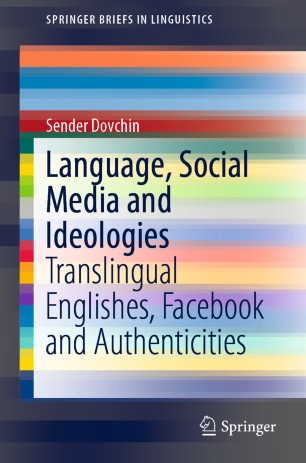 Part of the SpringerBriefs in Linguistics book series (SBIL)

This book seeks to contribute to the critical applied linguistics by investigating the dynamic role of English on social media, focusing on EFL university students in East Asia – Mongolia and Japan. Drawing on sets of Facebook data, the book primarily emphasizes that the presence of English on social media should be understood as ‘translingual’ not only due to its multiple recombinations of resources, genres, modes, styles, and repertories but also due to its direct connections with a broader socio-cultural, historical and ideological meanings. Secondly, EFL university students metalinguistically claim multiple ideologies of linguistic authenticities in terms of their usage of ‘translingual Englishes’ on social media as opposed to other colliding language ideologies such as linguistic purity and linguistic dystopia. The question of how they reclaim the notion of linguistic authenticity, however, profoundly differs, depending on their own often-diverse criteria, identities, beliefs, and ideas. This shows that mixing and mingling at its very core, the existence of ‘translingual Englishes’ on social media provides us with a significant view to accommodate the multiple co-existence and multiple origins of authenticity in the increasingly interconnected world. The book concludes the possibility of applying the ideas of ‘translingual Englishes’ on social media in critical EFL classroom settings, in their careful re-assessment of the complexity of contemporary linguistic experiences and beliefs of their EFL learners.