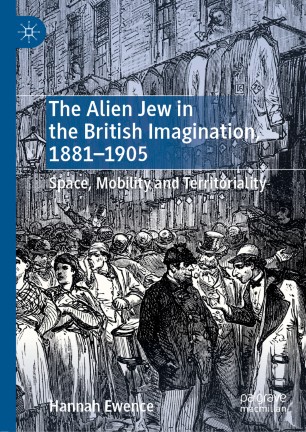 This book explores how fin de siècle Britain and Britons displaced spatially-charged apprehensions about imperial decline, urban decay and unpoliced borders onto Jews from Eastern and Central Europe migrating westwards. The myriad of representations of the ‘alien Jew’ that emerged were the product of, but also a catalyst for, a decisive moment in Britain’s legal history: the fight for the 1905 Aliens Act. Drawing upon a richly diverse collection of social and political commentary, including fiction, political testimony, ethnography, travel writing, journalism and cartography, this volume traces the shifting rhetoric around alien Jews as they journeyed from the Russian Pale of Settlement to London’s East End. By employing a unique and innovative reading of both the aliens debate and racialized discourse concerned with ‘the Jew’, Hannah Ewence demonstrates that ideas about ‘space’ and place’ critically informed how migrants were viewed; an argument which remains valid in today’s world.