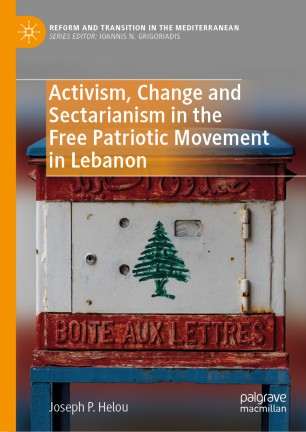 Activism, Change and Sectarianism in the Free Patriotic Movement in Lebanon

This book explores the thirty-year trajectory of the Free Patriotic Movement that aimed to achieve the freedom, sovereignty and independence of Lebanon from the Lebanese political elite and Syrian hegemony. It sheds light on the movement’s activism, changes and sectarianism throughout the stages of movement emergence, persistence and party transformation. The author shows how the movement built on opportunities that culminated in its rise, both in civil society and nationally, despite a number of challenges. The book also reveals the formation of intricate units and communication channels to mobilize activism and increase commitment to the movement’s cause. While discussing the significance of Michel Aoun and Gebran Bassil to the future of the FPM, the author asserts that various party dimensions and practices are conditioned by regional and international politics.