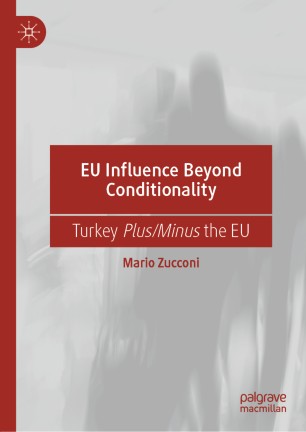 This book presents an in-depth analysis of the role played by the EU accession process in Turkey’s democratic evolution and in the empowerment of the Justice and Development Party (AKP) in the early 2000s. Often moving against the grain of consolidated analytical positions, the author finds that the accession process can have a critical impact on the political evolution and institutional setting of an aspiring member state that goes well beyond the simple Europeanization process (or EU accession conditionality). In the case of Turkey, that process created the essential conditions and environment for the country’s political modernization by helping the emergence of a “periphery” (including Kurds, “conservative” Muslims and non-Muslims) that secularism had pushed into a marginal, secondary status in Turkish society. Turkey’s gradual evolution in an authoritarian direction, following the stalling of the EU accession process, offers further proof of the decisive role that the EU accession can play in a country’s democratic advancement. The book additionally indicates how Turkey’s EU-driven democratic evolution for a number of years had important implications in terms of regional and global order.

Mario Zucconi was Visiting Professor and later Lecturer at the Woodrow Wilson School of Public and International Affairs, Princeton University, USA, from 2003 to 2018. He previously taught at, was associated with, and carried out research at various European and American universities and research centers. Over the course of his career, his focus moved from transatlantic affairs, the Balkans and the Middle East to democratic transition and the role of international organizations in democratic transition, with a particular emphasis on the Turkish case.