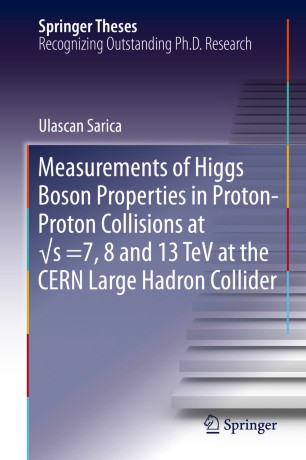 Measurements of Higgs Boson Properties in Proton-Proton Collisions at √s =7, 8 and 13 TeV at the CERN Large Hadron Collider

This thesis documents the measurement of lifetime, width, mass, and couplings to two electroweak bosons of the recently-discovered Higgs boson using data from the CMS experiment at the Large Hadron Collider. Both on-shell (at the mass of around 125 GeV) and off-shell (above 200 GeV) Higgs boson production is studied and an excess of off-shell production with significance above two standard deviations is observed for the first time. The latter is a qualitative new way to study the Higgs field, responsible for generation of mass of all the known elementary particles. In addition, phenomenological tools have been developed with the Monte Carlo event generator and matrix element techniques for an optional analysis of LHC data. Optimization of the CMS data with careful alignment of the silicon tracker is also presented.