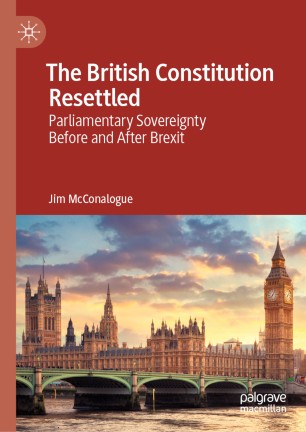 Parliamentary Sovereignty Before and After Brexit

Adopting a political constitutionalist view of the British constitution, this book critically explores the history of legal and political thought on parliamentary sovereignty in the UK. It argues that EU membership strongly unsettled the historical precedents underpinning UK parliamentary sovereignty. Successive governments adopted practices which, although preserving fundamental legal rules, were at odds with past precedents. The author uses three key EU case studies – the financial transactions tax, freedom of movement of persons, and the working time directive – to illustrate that since 1973 the UK incorporated EU institutions which unsettled those precedents. The book further shows that the parliament’s place since the referendum on Brexit in June 2016 and the scrutinising of the terms of the withdrawal agreement constitute an enhanced, new constitutional resettlement, and a realignment of parliament with the historical precedent of consent and its sovereignty

Jim McConalogue is a former senior parliamentary advisor to an MP in the House of Commons.