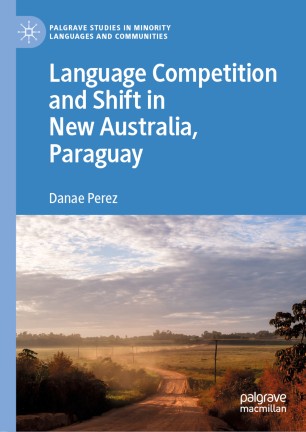 This book is an innovative sociolinguistic study of New Australia, an Australian immigrant community in Paraguay in 1893, whose descendants today speak Guarani. Providing fresh data on a previously under-researched community who are an extremely rare case of language shifting from English heritage language to a local indigenous language, the case study is situated within the wider context of the colonial and post-colonial spread of English in Latin America over the past century. Drawing on insights from linguistic anthropology, sociolinguistics, Latin American studies and history, the author presents the history of the colony before closely analysing the interplay of language and identity in this uniquely diasporic setting. This book fills a longstanding gap in the World Englishes and heritage languages literature, and it will be of interest to scholars of colonial and postcolonial languages, and minority language more generally.
Danae Perez is Postdoctoral Research Fellow at the University of Zurich, Switzerland. Her research interests include contact linguistics, creolistics, language typology, and linguistic anthropology.