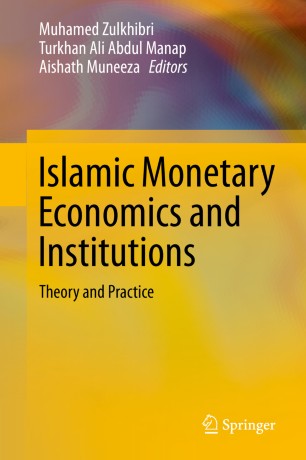 Muhamed Zulkhibri is a Senior Economist at Islamic Research and Training Institute, Islamic Development Bank, Saudi Arabia with years of progressive experience in the Central Bank of Malaysia and policy-oriented institutions. He has authored extensively on monetary economics, financial institutions and markets, finance and economic development as well as Islamic economics and finance. He has published extensively in leading academic journal, industry report and the financial press. He has also lectured for under- and post-graduate program at the University of Nottingham, U.K and University Putra Malaysia. He earned a Ph.D in economics from University of Nottingham, United Kingdom.
Turkhan Ali is a Senior Research Economist at Islamic Research and Training Institute (IRTI), Islamic Development Bank, Kingdom of Saudi Arabia. Prior to joining IRTI, he was an Associate Professor of Economics in the Faculty of Economics and Management Sciences, where he taught various courses for Bachelor, Master and Ph.D. level. His research interests include macroeconomics, (Islamic) capital market, financial stability and stress testing for Islamic financial institutions. He has spoken and attended various national and international conference on economics and finance issues, while his research papers have appeared in numerous academic journals. He obtained his Ph.D. in economics from International Islamic University Malaysia.
Aishath Muneeza is the first female Deputy Minister of Ministry of Islamic Affairs and the first chairperson of the Hajj Pilgrimage Fund of Maldives. Currently, she is the chairperson of Maldives Centre for Islamic Finance. She structured the first corporate sukuk, sovereign private sukuk and Islamic Treasury instruments for the government of Maldives and she has played the key role in offering of Islamic finance products by more than eleven institutions. She also designed the first Islamic microfinance scheme offered in Maldives. She sits in Shariah advisory committees of financial institutions offering Islamic financial services such as Islamic hire purchase and takaful. She also holds the position of chairperson of three different in-house Shariah committees. She is the chairperson of Shariah Advisory Council of CMDA, the capital market regulatory authority of Maldives since 2011. She is the only registered Shariah Adviser for structuring capital market instruments in Maldives and she is a registered Shariah Advisor at the Securities Commission of Malaysia. The Islamic capital Market framework of Maldives was designed by her.