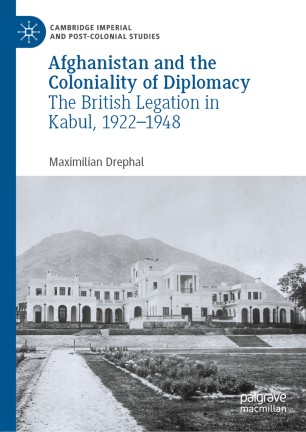 Afghanistan and the Coloniality of Diplomacy

This book offers an institutional history of the British Legation in Kabul, which was established in response to the independence of Afghanistan in 1919. It contextualises this diplomatic mission in the wider remit of Anglo-Afghan relations and diplomacy from the nineteenth to the twenty-first century, examining the networks of family and profession that established the institution’s colonial foundations and its connections across South Asia and the Indian Ocean. The study presents the British Legation as a late imperial institution, which materialised colonialism's governmental practices in the age of independence. Ultimately, it demonstrates the continuation of asymmetries forged in the Anglo-Afghan encounter and shows how these were transformed into instances of diplomatic inequality in the realm of international relations. Approaching diplomacy through the themes of performance, the body and architecture, and in the context of knowledge transfers, this work offers new perspectives on international relations through a cultural history of diplomacy.