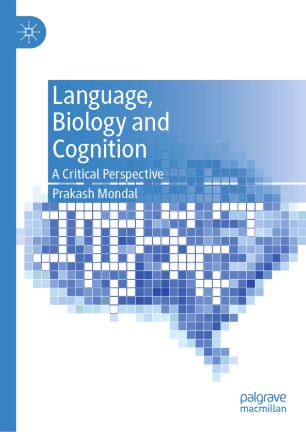 "This is an exciting book that takes a fresh and novel look at language, showing that there is more than just content to it, but a deep internal structure which cannot be simply reduced to the brain and its cognitive faculties. Highly recommended!"
-- Georg Northoff, Professor and author of The Spontaneous Brain: from Mind-Body Problem to World-Brain Problem (MIT Press, 2018).
This book examines the relationship between human language and biology in order to determine whether the biological foundations of language can offer deep insights into the nature and form of language and linguistic cognition. Challenging the assumption in biolinguistics and neurolinguistics that natural language and linguistic cognition can be reconciled with neurobiology, the author argues that reducing representation to cognitive systems and cognitive systems to neural populations is reductive, leading to inferences about the cognitive basis of linguistic performance based on assuming (false) dependencies. Instead, he finds that biological implementations of cognitive rather than the biological structures themselves, are the driver behind linguistic structures. In particular, this book argues that the biological roots of language are useful only for an understanding of the emergence of linguistic capacity as a whole, but ultimately irrelevant to understanding the character of language. Offering an antidote to the current thinking embracing ‘biologism’ in linguistic sciences, it will be of interest to readers in linguistics, the cognitive and brain sciences, and the points at which these disciplines converge with the computer sciences.
Prakash Mondal is Assistant Professor of Linguistics and Cognitive Science at the Indian Institute of Technology, Hyderabad, India.