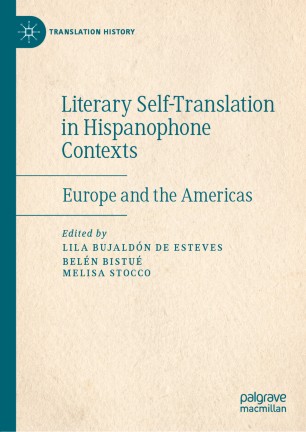 This edited book contributes to the growing field of self-translation studies by exploring the diversity of roles the practice has in Spanish-speaking contexts of production on both sides of the Atlantic. Part I surveys the presence of self-translation in contemporary Indigenous literatures in Spanish America, with a focus on Mexico and the Mapuche poetry of Chile and Argentina. Part II proposes to incorporate self-translation into the history of Spanish-American literatures- including its relation with colonial multilingual-translation practices, the transfers it allowed between the French and Spanish-American avant-gardes, and the insertion it offered for exiled Republicans in Mexico. Part III develops new reflections on the Iberian realm: on the choice between self and allograph translation Basque writers must face, a new category in Xosé Dasilva’s typology, based on the Galician context, and the need to expand the analysis of directionality in Catalan self-translations. This book brings together contributions from some of the leading international experts in translation and self-translation, and it will be of interest to scholars and students in the fields of Translation Studies, Cultural Studies, Comparative Literature, Spanish Literature, Spanish American and Latin American Literature, and Amerindian Literatures.
Lila Bujaldón is Professor of German and Austrian Literature at the Universidad Nacional de Cuyo, Argentina, and tenured member of the Argentine Research Council (CONICET).

Belén Bistué is Assistant Professor of English at the Universidad Nacional de Cuyo, Argentina, and Associate Researcher in Comparative Literature at CONICET.