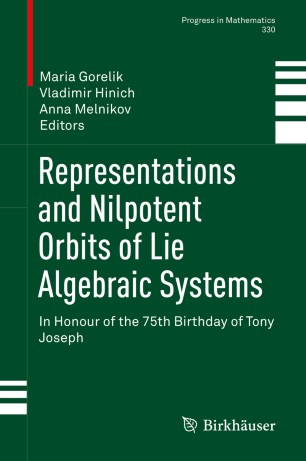 In Honour of the 75th Birthday of Tony Joseph

Part of the Progress in Mathematics book series (PM, volume 330)

This volume, a celebration of Anthony Joseph’s fundamental influence on classical and quantized representation theory, explores a wide array of current topics in Lie theory by experts in the area. The chapters are based on the 2017 sister conferences titled “Algebraic Modes of Representations,” the first of which was held from July 16-18 at the Weizmann Institute of Science and the second from July 19-23 at the University of Haifa. The chapters in this volume cover a range of topics, including:
This volume is addressed to mathematicians who specialize in representation theory and Lie theory, and who wish to learn more about this fascinating subject.