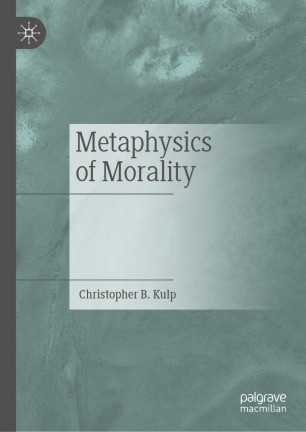 This is a book on metaethics—in particular, an inquiry into the metaphysical foundations of morality.  After carefully exploring the metaphysical commitments, or lack thereof, of the leading versions of moral anti-realism, Kulp develops a new and in-depth theory of moral realism.  Starting with the firm recognition of the importance of our common sense belief that we possess a great deal of moral knowledge—that, for example, some acts are objectively right and some objectively wrong—the book goes on to examine the metaphysical grounds of various skeptical responses to this perspective. In great part, the book is devoted to developing a version of realist metaethics: specifically, developing in detail realist theories of moral truth, moral facts, and moral properties.Concluding with the rejection of prominent contemporary forms of moral anti-realism, Kulp presents a rigorous non-naturalistic theory of moral realism, and a vindication of the basic commitments of commonsense moral thought.